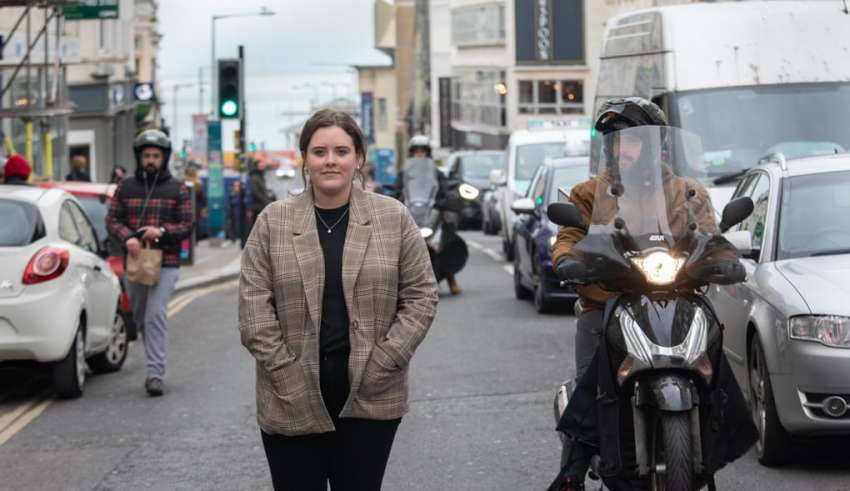 A campaign group composed of concerned parents looking to protect their children has revealed that the air in London is highly toxic. Even with the pandemic significantly reducing road traffic last year, records indicated that the air has dangerous levels of nitrogen dioxide which is harming their children.

At least 15 sites were identified as having NO2 levels over the legal limit of 40mg/m3. In London, Hanger Lane has 51mg/m3, Putney High Street registered 58mg/m3, and Brixton Road in Lambeth has 60mg/m3. Other areas have similarly high NO2 readings as well.

This data was collected by EDF Europe, or the Environmental Defense Fund, from across London with the help of monitors. It was released after London Mayor Sadiq Khan announced that the ULEZ (Ultra Low Emission Zone) will be expanded all the way to the suburbs by October 2021. The campaign group agrees that the initiative is a positive development, especially after the EDF’s findings of high NO2 levels across the city.

As the data indicated that approximately two-thirds  of the toxic air is attributed to diesel vehicles’ NO2 emissions, there is a clamour for more aggressive steps and proposals to achieve the goal of becoming a diesel-free London. If the NO2 levels continue to exceed legal limits, the city’s population, especially the children, will be exposed to devastating health effects. After all, the ULEZ’s primary goal is to transform London into a safe place for children.

According to the EDF’s Senior Air Quality Manager, Elizabeth Fonseca, as long as London’s NO2 air pollution levels remain high, children won’t be safe and will breathe in toxic air for years. Nitrogen dioxide is known to cause respiratory illnesses, aggravate existing conditions like asthma and cardiovascular disease, and affect one’s mental health, with anxiety and depression topping the list.

For children, NO2 exposure can lead to the development of asthma and other respiratory diseases. Growing up breathing polluted air will weaken their lungs.

Additionally, the Environment International Journal published a public health study in March 2020 that showed the dangerous effects of toxic air to women who are in the early stages of their pregnancy. The research revealed that exposure to high levels of poor air increases the risks of stillbirth and premature delivery. The study involved data collected from over 580,000 still and live births in the Greater London area between the years 2006 and 2010.

Scientists involved in the research focused on the significant impacts of ground-level ozone and PM2.5 particulates that the city’s population inhales as they traverse through daily urban noise and traffic.

As mentioned above, the government’s goal is to make London diesel-free. The ULEZ expansion is just one of several steps it is taking to reach this goal. However, since the pandemic started in March 2020, most businesses, particularly the small ones, have been struggling to get back on their feet and have not prepared for the expansion.

The Federation of Small Businesses’ London Infrastructure Chair, Michael Lloyd, said that everyone wants to do what is best for the environment and the people by helping reduce toxic air. However, he also understands that businesses cannot immediately change their vehicles to diesel-free ones because of their difficulties resulting from the pandemic.

As such, the mayor came up with a funding scheme intended to help low-income residents and the disabled. With the scrappage scheme, they can have their dangerous diesel-emitting vehicles retrofitted or replaced. This will significantly help accelerate the city’s diesel-free transformation.

Aside from low income Londoners and the disabled, the scheme has also helped charities, sole traders, and micro businesses retrofit or replace over 5,000 older-model vans.

Vehicle emissions and their role

As indicated earlier, vehicle emissions play a major role in polluting the London air. Road transport emits NOx or nitrogen oxides, a combination of nitric acid and nitrogen dioxide, which is responsible for forming acid rain, ground level ozone, and smog. These are all the elements that taint and make the air dangerous.

This is particularly true for diesel emissions, which is why the 2015 diesel emission scandal made the global headlines. Known as the Dieselgate scandal, it was when authorities discovered that Volkswagen knowingly installed defeat devices on their diesel vehicles. The software was programmed to cheat on emissions tests so that it reflected safe levels of NOx emissions. In real-world driving conditions, though, their vehicles actually emitted nitrogen oxides way above the safe and legal level.

You can do your part in the campaign for a diesel-free London by ensuring that your vehicle is not fitted with a defeat device. However, if you suspect that it is, verify this by visiting your manufacturer’s website and find your vehicle’s model on the list. If it is affected, you can file a diesel compensation claim.

The process can be long and tedious, but hiring the services of an experienced solicitor or emission compensation experts will be a big help. Choose to work with the team at Emissions.co.uk as they have experts on their panel who can help with.

What To Do With Biohazardous Waste Disposal

Biohazardous Waste Disposal comes in a large variety of different types of waste. Anything…